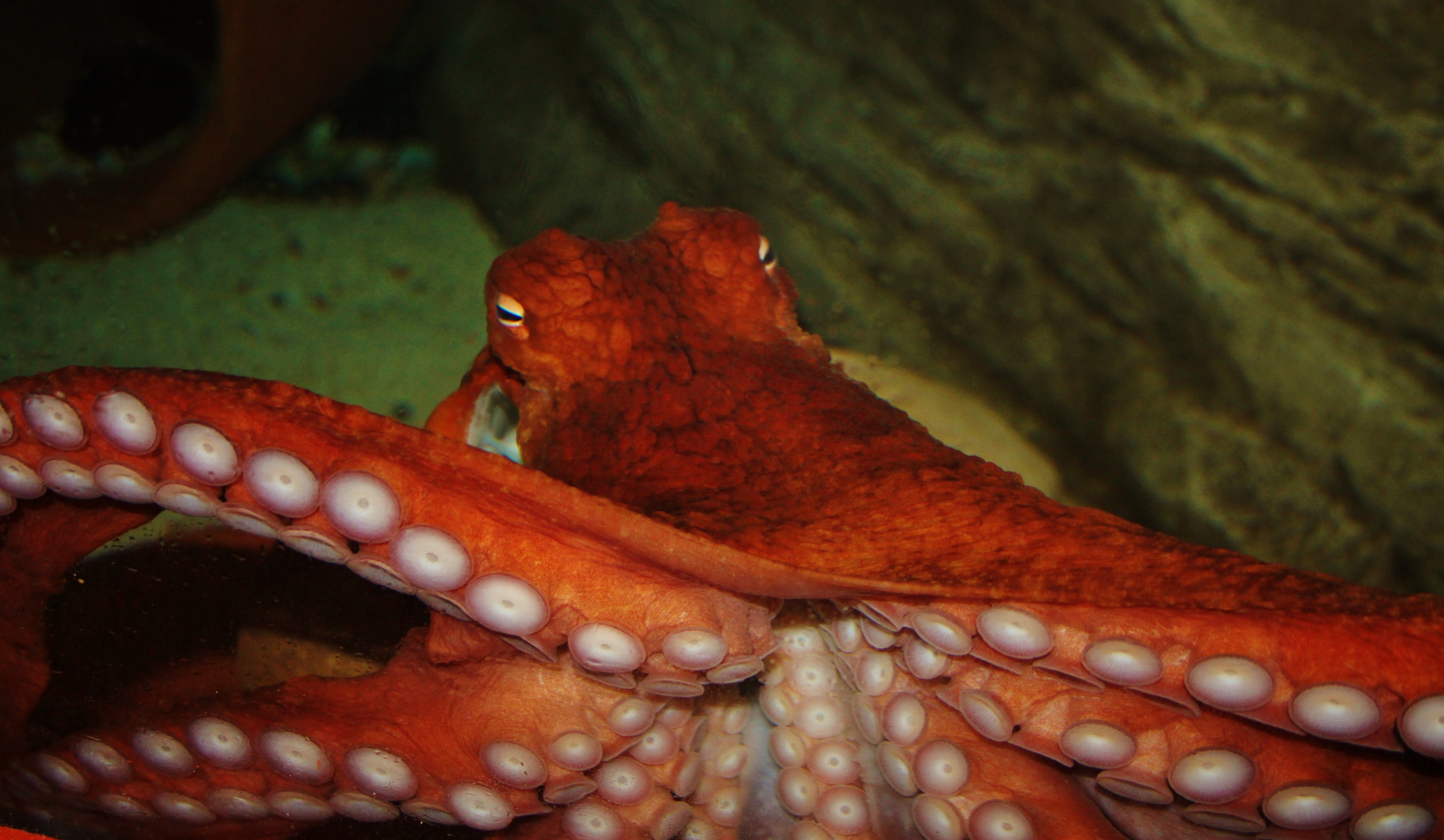 Octopus are members of the cephalopod family, which means they are related to fish and cuttlefish. In fact, they are even distantly related to snails, but have lost their shells over a long period of time. There are many species of octopus, we even have two species in the UK which are the common and the curled octopus.

Giant Pacific Octopus get their name for being the largest member of the octopus family, reaching around 8 meters from tip to tip of their arms when outstretched. Octopus have an incredibly strange body compared to most things we are familiar with, having not one, but three hearts! Their blood is very thick and sticky, which means they require three hearts to pump it all around their bodies and to their gills. Octopus blood is also blue.

As well as the multiple hearts, these amazing animals also have not one, not three, but nine brains! These brains are not quite like we know them, but instead one large central brain, and 8 smaller groups of complex neurons, like mini-brains. These mini-brains are located at the base of each of the octopus’ 8 arms, allowing them to move each arm independently. These arms have the amazing ability to feel, grab and taste through the sensitive suckers along the length of each arm. You can also use the suckers on an octopus to tell its gender. If each of the eight arms is covered with suckers from base to tip then the octopus is a female. If there is one arm with no suckers on the end then it is a male. This is where you can find his reproductive organs.

Octopus also do not have any bones, and are completely squishy with the exception of their beak, which is used to capture and crush prey. This gives octopus a great flexibility when it comes to fitting into or through small spaces, giving them the reputation of being great escape artists.

The Giant Pacific Octopus is an extremely intelligent creature, with excellent camouflage abilities, meaning they can change colour and skin pattern to mimic rocks and corals, making them extremely good at hiding from predators, and experts at catching prey!

They have eight arms, three hearts and NINE brains, with a small brain in each arm to control movement. Because they are notoriously good at hiding, not much is known about their population status, but they aren’t thought to currently be endangered.

Get Blue Reef Aquarium Newquay news and offers right to your inbox!