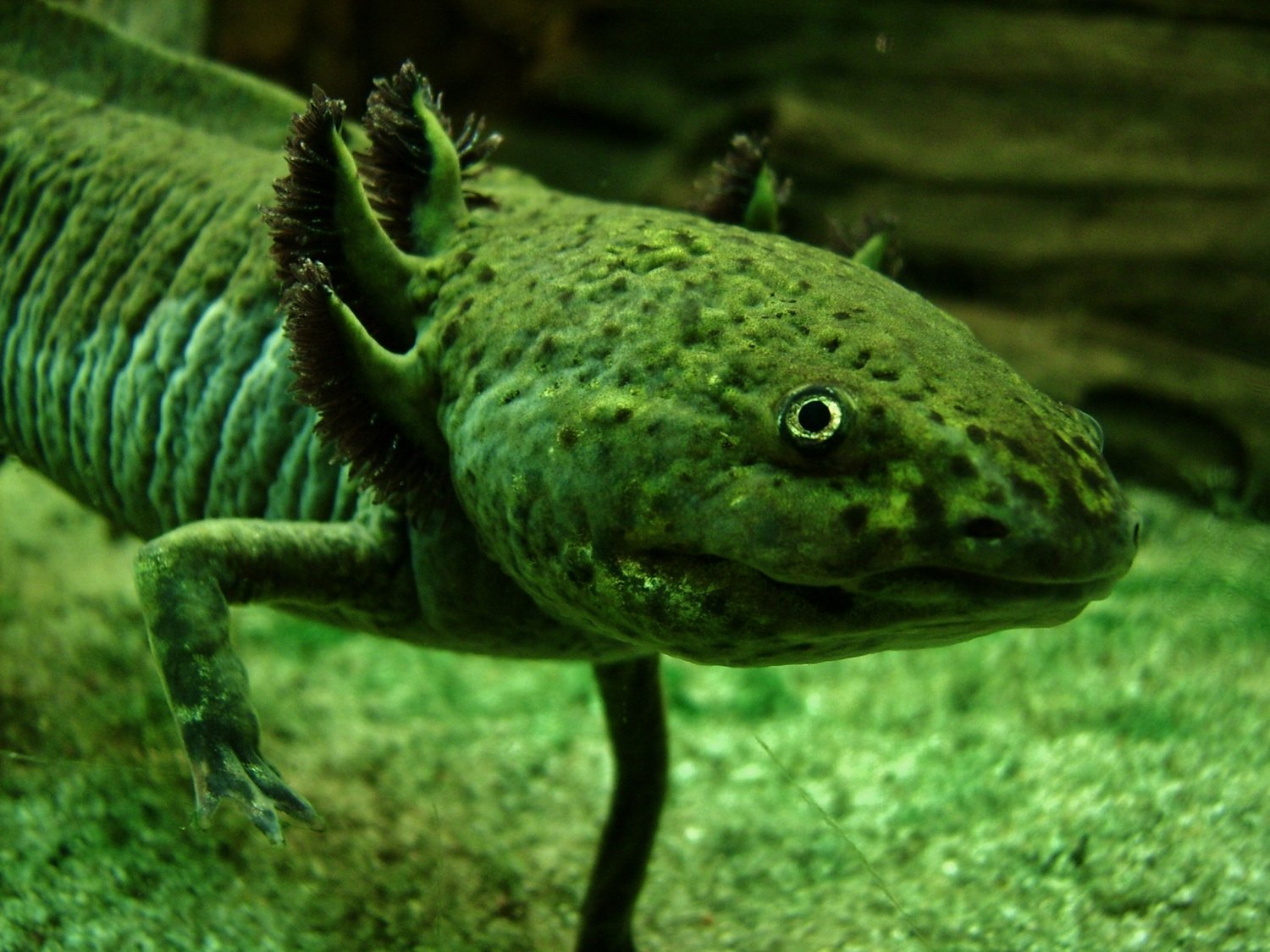 The tiny salamanders, known as axolotls, have recently been classified as ‘critically endangered’ in their native Mexico where they are only found in the ancient water systems around Mexico City.

“Axolotls are actually the larval form of the Mexican salamander. Just like other salamanders they start life as an egg which then develops into a tadpole with external gills and eventually legs.

“However unlike other amphibians which go on to develop lungs and move out of the water onto the land, for some reason the axolotl chooses to remain in its juvenile form.

“It can live out the rest of its life in the water, growing to maturity and breeding while still in this juvenile phase.

“Even stranger is the fact that throughout its life it maintains the ability to change into its adult stage, although this will only take place during periods of extreme drought when their watery homes literally disappear,”.

In addition to never growing up axolotls have other amazing attributes which have fascinated both ancient civilisations and the modern medical world. As well as having the ability to re-grow lost limbs and tails they can also re-generate dead or damaged brain and heart cells.

The name axolotl literally means water dog and it’s believed they were created when the Aztec god Xolotl, fearing he was to be sacrificed, plunged into the water and was transformed into the bizarre creature.

The Aztecs not only used the axolotl as a source of food and medicine but also utilised them in their ceremonies and, it is thought, even traded with them for building materials to create Mexico City.