A type of African frog which hums to attract a mate has gone on a breeding spree at Portsmouth’s Blue Reef Aquarium.
The pair of Congo frogs, which only arrived at the Southsea aquarium earlier this year, has already successfully spawned three times in the last four months alone.
To date aquarists are looking after two froglets, 15 large tadpoles and 20 smaller ones.
At present all are being cared for in special quarantine tanks but staff are hoping the froglets will be able to go on public display in the next few weeks.
“Despite the fact the female is almost twice the size of the male it certainly doesn’t seem to be putting either of them off,” said Blue Reef’s Hannah Butt.
“I think we can safely say they have settled in extremely well to their new home and also seem extremely comfortable in each other’s company,” she added.
The average life expectancy of these frogs in the wild is around five years, but they can live as long as 20 years in captivity.
They live in shallow rivers, creeks, and ponds during the dry season and in the flooded areas of the forests during the wet season.
They prefer eating near the bottom where their camouflage markings blends in with the mud and leaf litter and they can be safe from predators.
Males are known to ‘sing’ or ‘hum’ during mating or when excited, although they sometimes ‘hum’ even if they have no intention of mating.
 The Blue Reef Aquarium, Clarence Esplanade, Southsea, Portsmouth. Open 10am daily. For more information call 02392 875222, visit www.bluereefaquarium.co.uk/portsmouth or find us on Facebook.
Issued by Blue Reef Aquarium. For more information please contact Hannah Butt or Jenna MacFarlane on 02392 875222. 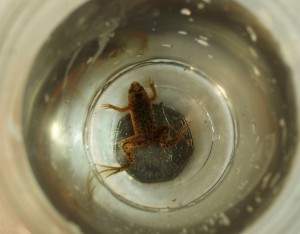 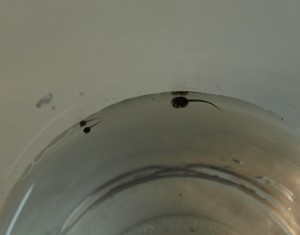