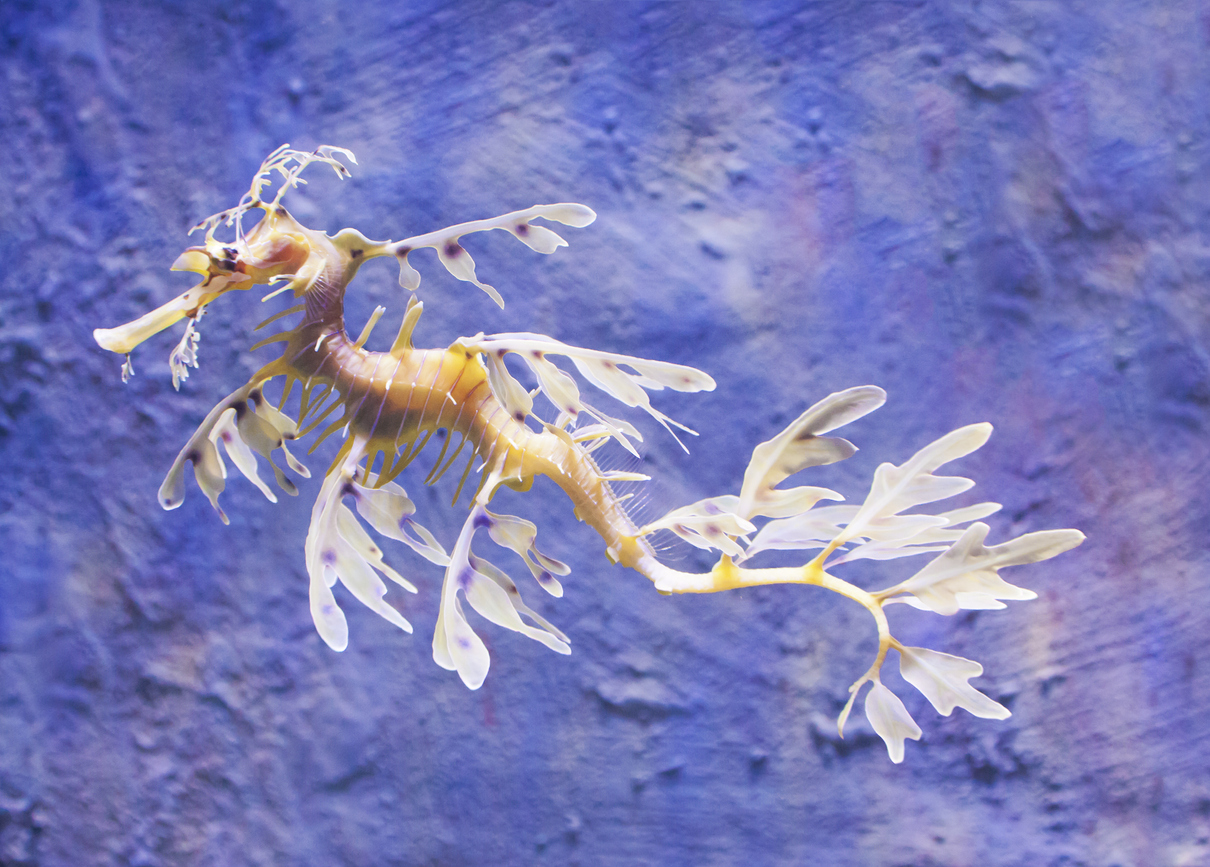 10 of the Most Unusual Fish Discovered in the Ocean

The world’s oceans are home to some incredible-looking creatures. And yet, when we think of the deep, we tend to think of marine mammals and fish like seals, dolphins, clownfish and whales – species who are known for their charming personality and cute appearance.

But among the countless species found in the world’s waters, you’re bound to find more than a handful of fish who stand out for a few different reasons. In fact, some of them are so strange and unusual, it’s odd to think they actually exist.

Either way, here are ten of the most unusual fish that have been found swimming in our oceans.

Well, when we said stand out, we weren’t entirely being truthful. This sneaky individual’s speciality is actually disguising itself, using its bizarre leaf-like protrusions to look more like a piece of seaweed than any fish we’ve seen.

Part of the same family that the seahorse belongs to, the leafy sea dragon’s plant-y appearance lets it sneak up on unsuspecting prey and hide away from any predators looking to turn it into a meal. It’s also on record as David Attenborough’s favourite animal, and he’s seen plenty of those in his time!

You might think that all species of fish swim through the water, but then something like the handfish comes along to turn that idea on its head. Preferring instead to go for a walk along the seafloor using a unique set of fins that look similar to hands and function like feet, the handfish was certainly unique.

Unfortunately, as of March 2020, it’s been declared extinct, despite at one time being one of the first fish described by European explorers of Australia a long time ago.

Only discovered in 2007, the pink see-through fantastia is a type of sea cucumber that’s part marine life and part lightshow! With a semi-translucent pink body, this unique-looking fish has its mouth and stomach on display at all times, so it’s possible to watch the process of eating, which they do by pushing food into their mouths using their tentacles, and digestion (should you so wish).

It’s also bio-luminescent, which means it can emit light – in fact, it uses this light to ward off any potential predators looking to attack it.

Found in the western Pacific Ocean and Indian Ocean, the Wobbegong is a species of the “carpet shark” family, and it’s easy to see why. Resembling a large rug compared to the sharks we often think of, the wobbegong spreads itself out on the ocean floor, camouflaged by its flat, tasselled body.

Here, they wait for potential prey to pass them by, a menu which for the wobbegong includes fish, lobsters, octopuses and crabs. Its name is thought to come from an Australian Aborigine language meaning ‘shaggy beard’ – which makes a lot of sense.

Found on coral reefs in tropical waters around the world, these yuletide-inspired creatures get their name from their spiralling plumes which look like the trees we put up during the festive period. Growing their tube-shaped bodies, it’s these hair-like tentacles that are used for feeding on microscopic plants as well as helping it to breathe.

Coming in a variety of different colours, including orange, yellow, blue and white, these fantastic-looking creatures make great subjects for sports divers looking to snap a few underwater photographs.

Found on the bottom of the ocean, this strange-looking creature seems like it’s ready for a night on the town with its bright red lips. Adapted over time to walk and stand on its modified pectoral and pelvic fins, it also has its own built-in fishing rod snout that has a retractable appendage it can use to lure prey close to its mouth before they meet an unfortunate end. Pucker up!

Despite its name, the vampire squid isn’t actually a squid, or an octopus. It’s also not a vampire, for reasons which should be pretty obvious. In fact, they’re pretty placid considering their scary-sounding name.

A completely distinct animal from a squid, even though it too has eight arms and two tentacles, the Vampire squid is so called because of the skin between its arms, which resembles a cape. Oh, and it likes to live in the waters of the Mesopelagic zone, an area of the ocean so dark and ominous, even Dracula himself would be afraid.

The 80 different species of parrotfish, coming in a variety of vivid hues and shades, are so named not for their resemblance to a parrot’s brightly coloured feathers, but rather the fused teeth at the front of their mouths, which seem to look more like a beak when compared to the usual mouth of a fish.

And they aren’t just pretty to look at either; they’re a surprisingly tough fish too. It’s been said that their scales are that strong, even spears can’t through them.

Named after their resemblance to quills, sea pens are a truly unusual example of what can be found on the ocean floor. Actually a colony of animals that can withdraw into the ground, these schools are made up of tiny, tentacled polyps rooted into the seafloor.

Sea pens position themselves in the path of currents to make sure they get plenty of plankton (their favourite food), which they catch using their tentacles’ feathery plumes. Anchored to the ground by the seafloor, sea pens also glow with a green light when touched, startling any predators attempting to eat them.

Located in the Indian and tropical western Pacific oceans, the peacock mantis shrimp might look harmful, but it actually packs a mean punch. According to Oceana, the international ocean preservation advocacy group, its punch is one of the fastest movements in the animal kingdom.

In fact, its 50-mph punch has been likened to the acceleration of a bullet from a gun, so it would almost definitely be strong enough to break the glass wall of an aquarium! However, they only unleash this strength when trying to break open their preferred food: molluscs and crabs.

We hope you’ve enjoyed reading this article! Looking to see some of the most amazing creatures of the deep for yourself? To purchase tickets for Blue Reef Aquarium Portsmouth, book online to take advantage of our discount offer here