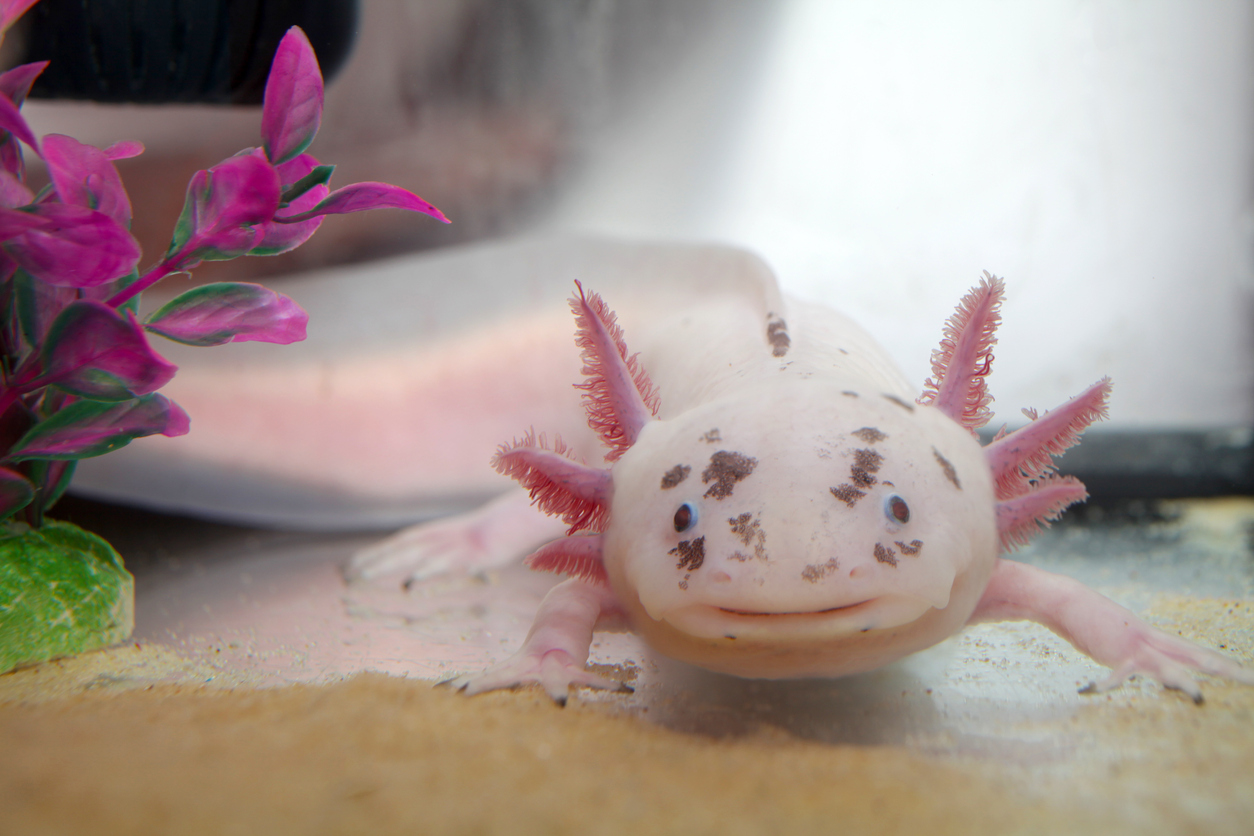 What is an Axolotl and Why Are They Endangered?

Forget anything you thought you knew about unusual creatures, because we’re here to introduce one of the weirdest in the natural world: the axolotl. This truly unique creature, a member of the salamander family, is commonly referred to as ‘the walking fish’ – and you’ll soon figure out why.

In this guide, we’ll be filling you in on the remarkable axolotl, from its amazing genetics to where it’s found in the wild. We’ll also be taking a look at why its numbers are in such sharp decline, and what impact its disappearance could have for us all.

What is an Axolotl?

Axolotl is a species of salamander with a very unique genetic makeup. Due to a rare condition called ‘neoteny’, they retain most of their larval features into adulthood, so they have all the features of a tadpole – from feathery gills to a long, quill-like dorsal fin – even when they’re fully mature.

Axolotls are carnivores, surviving on a diet of worms, insects, crustaceans, molluscs and some small species of fish. Until recent decades, they were at the top of the food chain within their distribution habitat, but today invasive species of perch and tilapia pose a threat and have contributed to a decline in their numbers.

Commonly mistaken for fish, axolotls are unique among the amphibian family in that they spend their entire lives in water. Indeed, axolotls are sometimes known as Mexican walking fish, on account of their appearance and adopted habitat.

Here are a few further stats and facts to help you get to know these unique creatures:

How do Axolotls Differ from Other Salamander Species?

It’s hard to believe that axolotls are within the same subset of amphibians as their salamander counterparts. Appearance, anatomy, habitat – there’s much that makes them different from the likes of newts, olms, and fire salamanders, and it’s very easy to see why they’re colloquially known as ‘walking fish’.

Let’s take a look at what makes axolotls so different from any other species of salamander:

Where Are Axolotls Found in the Wild?

As touched on above, axolotls are exclusively found in the Xochimilco lake complex close to Mexico City, which comprises of Lake Xochimilco and a series of man-made canals and waterways which criss-cross throughout the Mexican capital. Axolotls, being neotenic, have adapted well to their native habitat, this being a high-altitude region with an average water temperature of around 20°C, even during the winter months.

Axolotls have, for many centuries, been an important part of Mexican culture. According to local mythology, the creature is an embodiment of an Aztec god who disguised himself as a salamander to avoid sacrifice. Sadly, they’re also viewed as a delicacy within Mexico City, with overfishing contributing to their appearance on the critically endangered species list.

Why Are Axolotls Endangered?

On the IUCN conservation index, axolotls are categorised as critically endangered, meaning that their numbers are in sharp decline with a very real threat of them going extinct in the near future. However, this only applies to wild species, and there are now more axolotls in captivity than there are in the natural world.

A lot of factors have contributed to the sharp decline in axolotl numbers in recent years – and it really has been a steep decrease. According to a study carried out by Mexican biologist Luis Zambrano, there were 6,000 axolotls per square kilometre in the Xochimilco lake complex in 1998; today, there are just 35.

Let’s take a look at some of the likely causes of this huge drop in axolotl numbers:

With a very real threat of axolotls becoming extinct, there’s been a renewed effort in recent years to safeguard their numbers. Several axolotl ‘pens’ have been placed in strategic positions around Mexico City’s canals, offering shelter to the animals, while biologists have started working on a project to reintroduce lab-bred individuals back into Xochimilco as a means of bolstering numbers and encouraging natural breeding.

Why are Declining Axolotl Populations Concerning?

While many marine and freshwater species face tough challenges in the wild, scientists are particularly concerned about the decline in axolotl numbers because of their huge biological value. These unusual salamanders are among the most studied freshwater creatures in the world, and scientists believe that there is still much humans can learn from their genetic makeup.

One of the attributes of axolotls which has fascinated biologists for decades is their ability to regenerate limbs. Should an animal lose a foot, for example, they’re able to regenerate the limb in a relatively short space of time – something which scientists believe could hold great biological value for human medicine and the treatment of certain degenerative diseases.

And while there are still huge numbers of axolotls in captivity, scientists are concerned that inbreeding is impacting their long-term health and genetic characteristics – effectively weakening their value from a biological standpoint. There are also concerns that the number of inbred animals could have a negative long-term impact on conservation efforts, as diseases and deficiencies take hold.

What is clear is that, until significant efforts are made to safeguard axolotl numbers in their natural habitat, the species faces a very real and imminent threat of disappearing. Conservation is therefore key to the future of this unique and remarkable species.

At Blue Reef Aquarium Portsmouth, we’re proud of our work in helping to preserve and showcase the amazing axolotl. If you’d like to meet these amazing animals, why not join us for a memorable family visit – we have a whole host of creature to discover. For information and tickets, visit the homepage.