If you’re planning on dipping your toes in the water at the English seaside this summer, you might be surprised who (or, rather, what) you’re sharing the seawater with.

Because our local oceans are more alive with exotic, unusual and exciting creatures than you can shake a David Attenborough documentary at. From the fastest whales on earth to the smallest seahorses, there truly are more riches than a pirate’s chest under our seas, and here are seven of the best…

Don’t be fooled by the sheer girth of these aeroplane sized whoppers, because they’re renowned for their incredibly streamlined bodies and can reach speeds of up to 29 mph. Some call them the ‘greyhound of the sea’ though at 85 tonnes, you’d need a powerful leash to keep them in line. 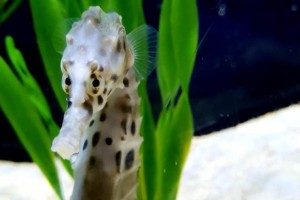 It isn’t just the local giants that can thrill, because we’ve got some tiny heroes floating around our shores too. And we do mean float, because the dear old seahorse can’t actually swim. But what they lack in practical skills, they more than make up for in brains. When they want to get around, they simply latch their monkey-like tail onto a piece of seaweed, and let the ocean currents do the hard work.

If you’re after catching some rays this summer, then you may be in luck. These exotic relatives of the shark love shallow waters, where they can snack on crabs and shellfish. You might even stand on one if you wade out too far… oh, and remember you can get up close to some of these beauties in our
Solent Sea Zone.

We aren’t joking when we say the local ocean life contains riches to rival the Great Barrier Reef, and these soft backed hard cases are one of the jewels of the UK seas, often visiting when the weather gets warmer. Did you know the largest leatherback ever measured was discovered on a Welsh beach? At 2-meters long, and over a hundred years old, it must have munched on a fair few jellyfish over the years. 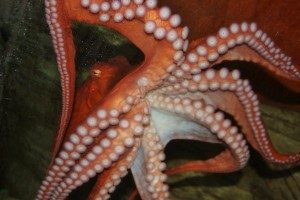 Never underestimate an octopus, they’re one of the most cunning and sophisticated creatures in the sea, and they love the UK’s waters. When they aren’t using rocks to break open a lobster’s shell, they’re sneaking a free snack out of a fishing trap, or scrunching themselves up to hide from predators. With the sharpest mind in the seas, and the sharpest beak to match, It’s no surprise they’ve been around for over a 100 million years.

If you see a small, triangular fin poking out of the water, don’t panic, it (probably) isn’t a shark, but one of our many native porpoises. these beak-free relations to the dolphin like to get close to the shore, but are actually quite shy, though that doesn’t stop them from grazing on whatever bits of herring they can snatch from fishing vessels. And their voracious appetite helps them stay warm in our relatively cool seas. 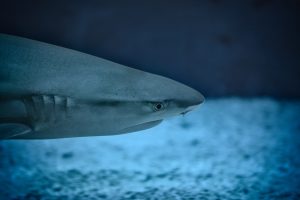 We did say it probably wasn’t a shark, but it could be… with Mako sharks patrolling the South Coast, it’s about as close to a Jaws moment as you’ll likely get this side of the Atlantic. And don’t forget the Mako’s more cumbersome cousin, the London bus sized basking shark, who also lurks around these shores, sucking up plankton and scaring divers.

See the wonders of the UK oceans at Blue Reef Portsmouth

We’ve got a whole host of these local species for you to get nose to nose with, alongside many other exotic, unusual and exciting sea creatures from all over the world. With regular feeding times, talks and activities, it’s a great day out for all the family.
Get 10% off when you buy your tickets online »