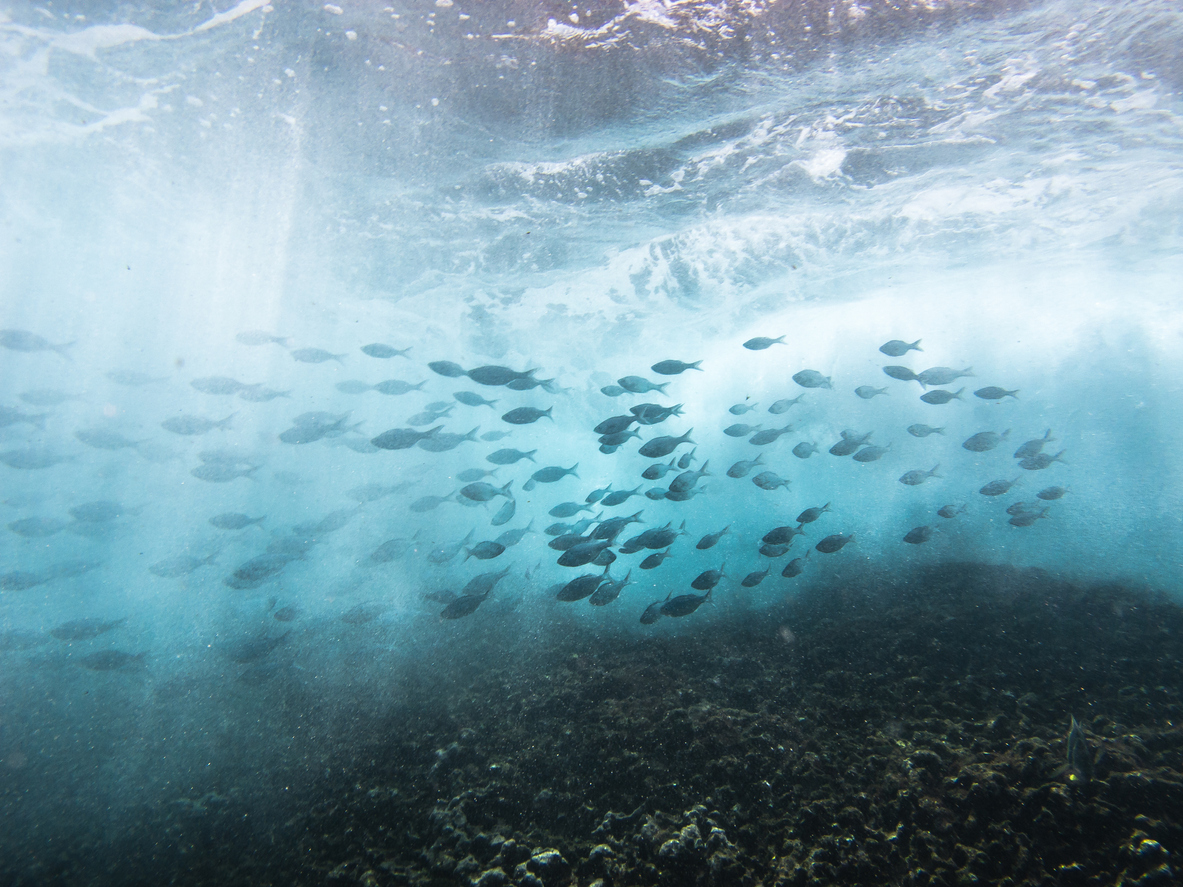 An Introduction to Ocean Conservation in 20 Key Facts

Phrases like ‘climate change’, ‘carbon footprint’ and ‘sustainability’ feel like recent terms which have created greater awareness about the importance of taking care of our environment and Earth. But ocean conservation has been recognised since the 1970s, when developments in technology, as well as people’s understanding of how oceans work, led to changes in the ways they must be protected.

But where do you start with a topic as detailed as ocean conservation? Knowledge is power when it comes to treating our waters with respect. So, we’ve created an informative intro to ocean conservation, detailing the key facts and most crucial information to help get you up to speed with this most important topic.

What is ocean conservation?

Also known as marine conservation, ocean conservation is the protection of marine species and ecosystems in oceans and seas around the world. As well as protecting underwater species, populations and habitats, it also looks at reducing harmful human activities like overfishing, pollution, whaling and habitat destruction, along with many other issues that affect marine life.

Since the ocean is important for all life on Earth, ecosystems and marine species must be preserved and protected.

1. We’ve all seen images of oil spills contaminating the ocean, turning it murky and black in the process. But these kinds of incidents only account for 12% of the oil in our oceans. There’s actually three times as much oil that ends up in the sea through runoff from our roads, rivers and drainpipes!

2. Eight million metric tons of plastic waste are dumped into our oceans every year. This amount weighs 17.6 billion pounds, which is the same as nearly 57,000 blue whales. If this continues, it’s been said that by 2050, ocean plastic will outweigh all of the ocean’s fish.

3. In fact, there’s so much rubbish at sea, that huge masses of waste have formed around the world. The biggest of them – The Great Pacific Garbage Patch – sits between Hawaii and California and is said to contain an estimated 1.8 trillion pieces of rubbish, some of which is over 50 years old!

4. The rubbish that is in the ocean gets broken down into smaller pieces, known as microplastic, by the sun and the movement of waves. Once it’s broken down, it finds its way into the food chain, which is harmful for both humans and marine life alike.

5. Sometimes it’s what we can’t see that may be worse. 70% of the rubbish in the ocean sinks to the bottom of the seafloor, which makes it almost impossible to clean up.

6. If it’s dumped into the ocean in large enough amounts, agricultural nutrients like nitrogen create algae. When algae decompose, the oxygen that’s present in the water is used up. This creates areas known as dead zones, meaning fish and other marine life die off in huge numbers.

8. It’s not just physical pollution that causes problems either. The noise created by ships actually does damage to jellyfish and anemones, which are a vital source of food for tuna, sharks and sea turtles.

So why is ocean conservation important?

9. The ocean contains more than 97% of the world’s water, covering around 71% of the planet. That means it’s hugely important that we take care of the ocean.

10. For instance, the ocean generates over half of the oxygen we breathe thanks to phytoplankton, the tiny marine plants that live on the ocean’s surface. These photosynthesise and produce an estimated 50-80% of the Earth’s oxygen.

11. As well as helping us, a healthy ocean can regulate climate and reduce the harmful effects of climate change. Ocean currents distribute heat across the globe, which keeps temperature and weather at ideal levels, as well as absorbing over 90% of the heat and around 30% of carbon dioxide emissions produced by humans.

12. The ocean helps local and global economies on a huge scale, supplying millions of people with jobs around the world, especially in developing countries.

13. As well as providing us with 20% of the animal protein eaten across the world, ocean ecosystems also contain ingredients used in medications, treatments and scientific research.

14. It’s important to remember just how beautiful the ocean really is. A healthy, respected ocean lets us swim, dive, snorkel and experience it in so many different, incredible ways.

What can be done to save the ocean?

We can reduce our carbon footprint – the amount of harmful greenhouse gas we create – by minimising certain activities. Opting to travel on foot instead of by car, for instance, is just one of the many different ways to reduce this.

Overfishing is another ocean conservation issue that depletes the amount of fish in the ocean. We can reduce the demand for species that have been caught in less-than-ideal ways by opting to buy seafood that is fished responsibly.

We’ve shown how dangerous plastic can be to the ocean, but we can stop these effects by using fewer plastic products. For example, you might want to keep a reusable water bottle handy, store food in non-disposable containers, carrying a reusable cloth bag when shopping and recycling where possible!

18. Take care of your pets the ocean-friendly way

If you have a pet at home, then you may want to switch their diet to a more seafood-sustainable one. When it comes to disposing of cat litter, never flush it, as it contains certain things that are harmful to marine life. Also, it’s important not to release aquarium fish into the ocean or other bodies of water, as this can introduce species that aren’t used to certain ecosystems which might be dangerous for them.

19. Clean up after going to the beach

If you’re a regular at the beach, then make sure you clean up and don’t leave any rubbish lying around. Also, while it’s good to explore your surroundings, take care not to interfere with any wildlife, rocks or coral that you find. You might even find local beach clean-ups in your area, which are a great way to bond with others in a helpful, valuable way.

How are we supporting conservation?

20. If you’re looking for more information about conservation, you can check out some of the things that we’re involved in, here. From creating captive populations for educational purposes to collaborating with local charities who are as passionate about the same things we are, we’re committed to conservation in many diverse and different ways.

We hope you’ve enjoyed reading this article! Looking to dive into this amazing world further? To purchase tickets for Blue Reef Aquarium Portsmouth, book online to take advantage of our discount offer here!